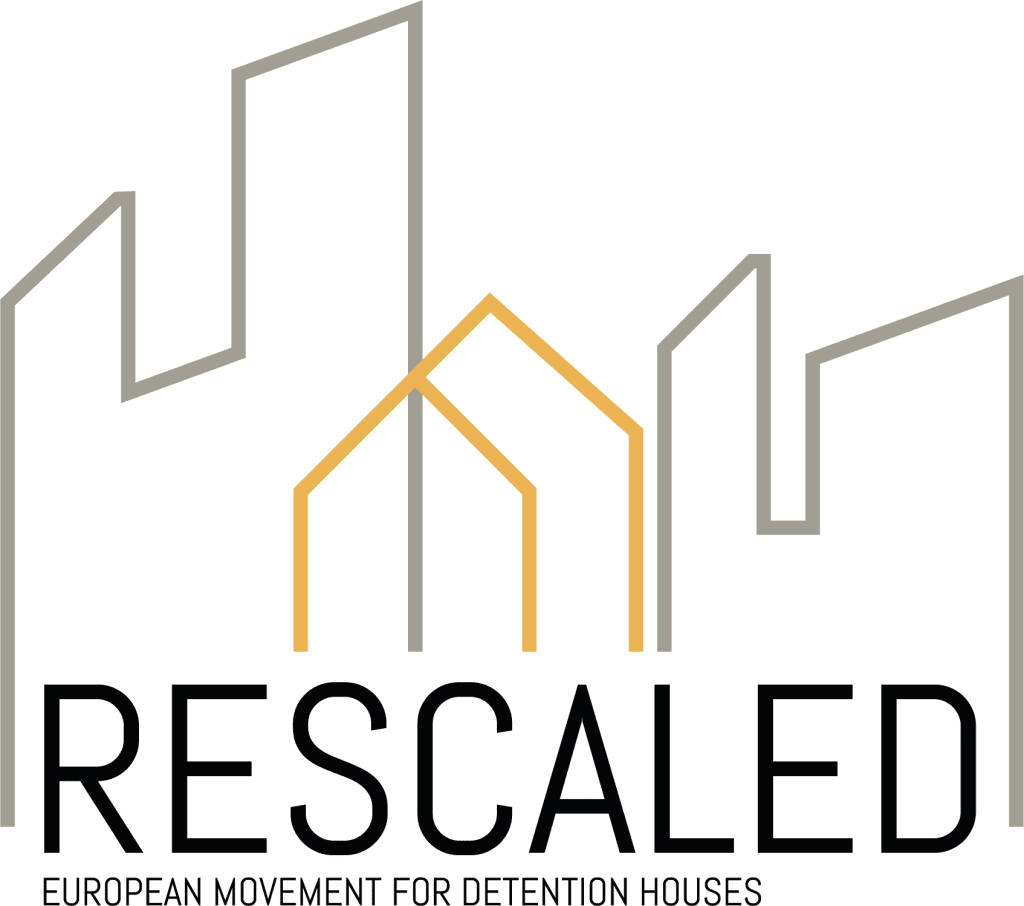 Belgium formed a new government in September 2020. Exciting times for organisations that want to influence policy. RESCALED Belgium succeeded in putting detention houses on the political agenda. Literally it is stated in the Coalition Agreement that small-scale detention projects for different target groups, such as those shortly before release, young people aged between 18-25, parents with child… will be continued. Good news, but another remarkable thing is that our government is also creating extra prison capacity by building new large prisons. Two compatible or rather conflicting objectives?

In order to be able to situate the concept of small-scale detention within the new policy, we need to take a closer look at some political documents. On 30 September 2020 the Coalition Agreement of the new De Croo government was published. The section on the enforcement of sentences refers to the implementation of Master Plan III, which is an update of Master Plan I and Master Plan II of the previous governments. These Master Plans are the basis for the prison policy in Belgium. More specifically, these Master Plans, together with the Coalition Agreement, serve as a starting point for the policy document of our new Minister of Justice. On 4 November 2020, his policy document was published in which he outlined his strategy for the coming years.

Other forms of small-scale detention houses are included for the first time in the policy document of the minister of Justice. The minister sees them as solution to the ‘prison problem’ and prison overcrowding. But he also expressed a new way of looking at our prison system. He believes that detention houses are able to break the vicious circle, especially for young people, in a way that prisons cannot.

In this way the government is creating adjusted capacity with a differentiated level of security that allows incarcerated people to maintain social relationships in society and thus preventing or limiting the harmful effects of detention. In so doing, these small-scale forms of detention play an important role in the subsequent return of these people to society.

The first two pillars of Master Plan III explicitly contain action items such as renovations, extra prison cells and completely new prison facilities. The Coalition Agreement, and the policy note in particular, do emphasize this. In other words: the construction of new prisons is high on the agenda and is planned for the near future.

The construction of two “mega prisons” is planned in 2021-2022. The Dendermonde prison will house 444 people in detention and is built according to the well-known Ducpétiaux model (star-shaped prisons with radiating cell wings from a central observation point). The new Haren prison will accommodate up to 1190 people in detention and is also referred to as a “prison village”. This is promoted as a prison with more humane conditions. Without doubting the good intentions and the need for improved material conditions in Brussels prisons, working towards reintegration will be more difficult in these large prisons, as they cannot be integrated in the community in the same way as small-scale detention houses. 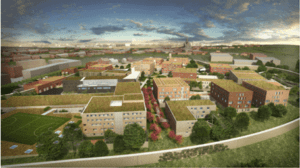 In the policy documents published by the Minister of Justice there are two things that draw attention. On the one hand the inconsistent approach focusing on small-scale forms of detention, while also building new “mega prisons”. On the other hand the fact that our government is committed to creating extra detention capacity, which is worrying. Why do these inconsistencies arise? A twin-track approach or signs of cold feet?

While the government is sending a clear message that it is aware of the negative impact of imprisonment, increasingly supporting small-scale detention projects, all too often the decision is made to construct “mega prisons”. It is argued that “this is necessary in order to alleviate prison overcrowding”. But we do not think it is as simple as that. Over the past years we have learnt that building new prisons will not reduce prison overcrowding, on the contrary it results in a lack of capacity. Moreover, we must remain vigilant with regard to net widening.

A second reason for building new prisons is also because the current prisons are very outdated, which is logical. These buildings date back to the 19th and 20th centuries. But not only the buildings are outdated. The concept of prison is also hopelessly dated. Society has changed dramatically since then. Innovation is the key word of policymakers, but are modern prisons also part of a progressive prison system’s approach? In the coming decades we will be tied up on the choices we make now. The choices must therefore not only be consistent with the current social needs, but also with those in 20 years’ time.

A third reason is that politicians, together with the rest of us, are used to prisons as places for liberty-deprivation. It takes courage and perhaps some imagination to see that liberty-deprivation can also take place in small-scale detention houses. In fact, implementing liberty-deprivation in small-scale, differentiated and community-integrated detention houses is more in line with the principles underlying our Prison Act. Many Belgian politicians are getting convinced of the importance of detention houses. Expanding small-scale forms of detention is a concrete result of this. However, politicians consider detention houses as being part of a bigger picture, whilst considering large prisons absolutely necessary to solve the capacity problem in the short term. This is a quantitative-based argument that does not go into the very essence of the matter. After all, it does not take so much imagination to see that the 19th century prison concept is not best suited to meet current and future social needs. Focusing on small-scale, differentiated and community-integrated forms of detention would make a qualitative difference.

Replacing the outdated prisons facilities by small-scale, differentiated detention houses that are embedded in society, and no longer by mega prisons who will lead to a situation of ‘security overkill’ to the detriment of care and guidance of people in detention, would in my view demonstrate much more consistency in detention policy. It is time to get rid of our penitentiary heritage breaking the vicious circle for real. 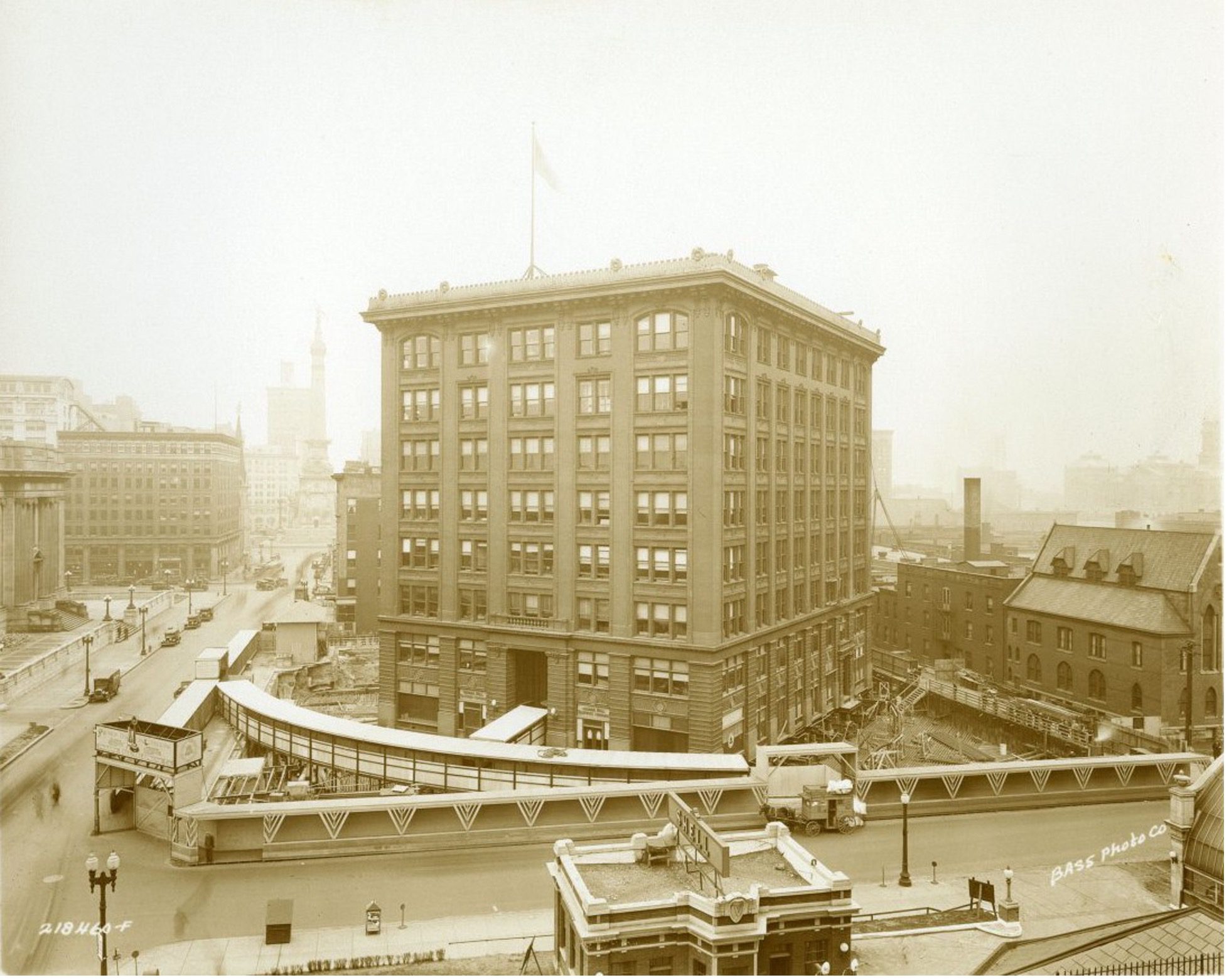